Undoubtedly, the devastating earthquake of 25.04.2015 has done lots of damage in Nepal with thousands of life lost and billions worth of properties destroyed.  In order to overcome this tragic, everyone is working in their best possible ways to help and support each others to rebuild Nepal. We, the team of BikerzAus Nepal & Direction Kathmandu have also been very active since the first day of the quake, and currently are involved in various areas to support the quake victims with the help of our donors and supporters.

Despite our limited resources and manpower, we tried our best to support the earthquake victims in every way possible.  Initially we focused on Communication and information circulation using our networks and Social Medias, followed by immediate relief and now currently we are working on rebuilding – long term support.

First few days after the quake:

When the tragic earthquake struck, all the networks and connections were very weak. And since many of the families aboard were trying to connect here in Nepal, it was very difficult probably because of the poor reception and all calls to their families couldn’t be established.  We made an announcement on facebook that anyone not being able to contact their friends and families here from abroad could inbox us the number and we would try to update the status after the quake. We received many messages, and very pleased to say, we almost connected more than 100 plus families.  We called each family, recorded the phone conversation (not for few initial calls but later) and sent it to their families abroad. We did this for couple of days till the network connections got better.

We were very very active on your facebook during the earthquake period.  Lot of information relating to support quake victims were available online but it was a little dispersed, we tried collecting all those information and shared it via our networks and Social Media. We tried connecting those who could supply and those who were in need. In a way we created a platform where many people shared what they need or can do for the quake relief victims. 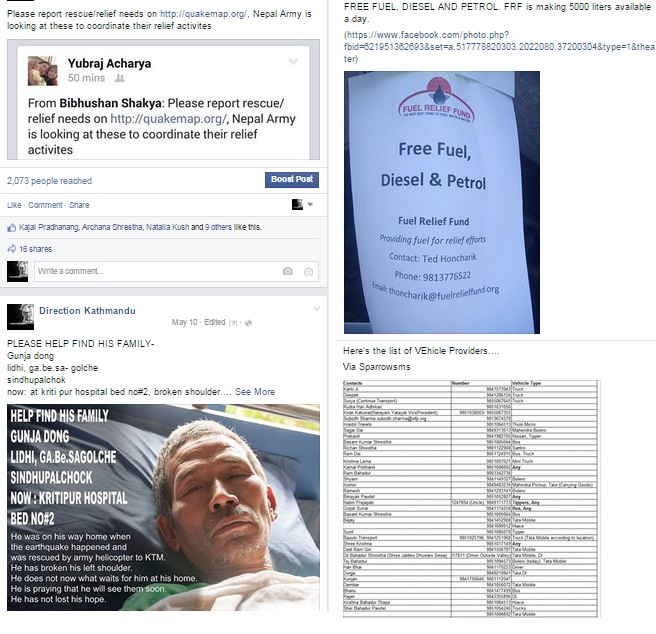 Created a website that made it easy to get the information at a glance: directionkathmandu.com/quakeinfo

There were lots of resources online and many individuals, organizations in fact everyone was posting on their Social Media and wherever possible. Thus, we chose the most active facebook profiles and created a website out of it which would pull data from their facebook and make it easier for anyone to get the information. The pages we chose were of Nepal Police, Missing People, Earthquake relief etc. Additionally many useful links were also added on the web. Special thanks to our IT team, Subin Maharjan  & DktmBazaar for creating a website in less than a day.

Besides sharing the useful information and news on the Social Media, we were able to respond many queries (more than 100 emails) that were sent to us from abroad. There was a high curiosity of the situation as there were not many frequent updates. We did our best to calm them down and provide the best available information. 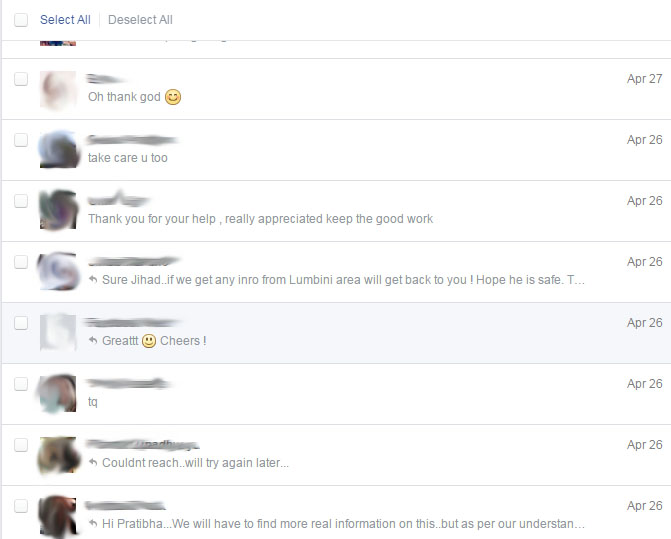 This is the screen shot of some of messages we received, there are lots more

The City after the quake:

Since everyone loved sharing the destructive images and videos, our team decided to do something different. We roamed around the city to capture the real images of how the city looked like. We took many images and shared it on our platform which got a huge attention.  Moreover, we frequently updated how the city is after the earthquake and spread out positive and true messages. 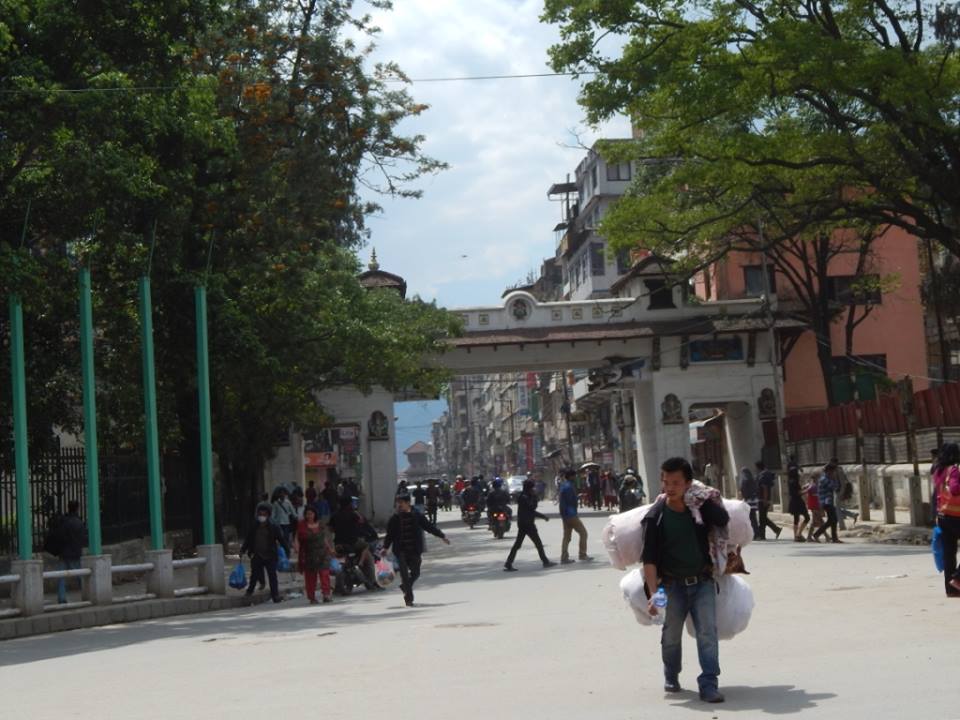 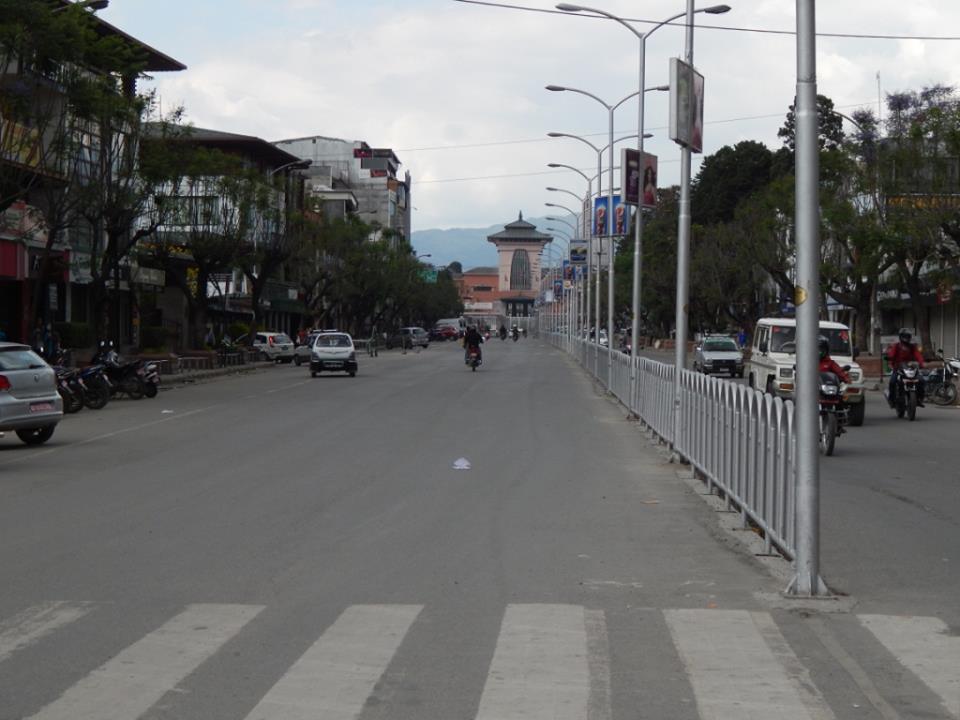 Here are some more images taken during that time.

We received many messages that called for immediate relief / help within and around the city. We did our best to help support supplying basic food materials, waters in few quantities in various places nearby city and which were in our reach at that moment. Our team had also been to Sankhu, Bhaktapur, Dhading, Melamchi etc to understand the current situation and the effect of the earthquake, which were then communicated through our facebook to update people about the real scenario/context.

With AID Nepal & Shikhar Youth Club, we were able to supply immediate relief to almost 100 of Sarki Gaun & Karki Gaun – Charikot (Bhumeshwor NAgarpaika ward no. 12). The relief materials included rice, lentils, oil, salt and also some medicines and sanitary pads for the local health post. This was a very organized relief distribution; initially the team went to Charikot to understand the villages that had not received the relief so far. After knowing and finding the villages, a proper family list was made and the relief was distributed as per list in presence of the local people who knows the families. Thus, all the families received the same amount of relief. This relief distribution was mainly initiated by AID Nepal and Shikhar Youth Club. 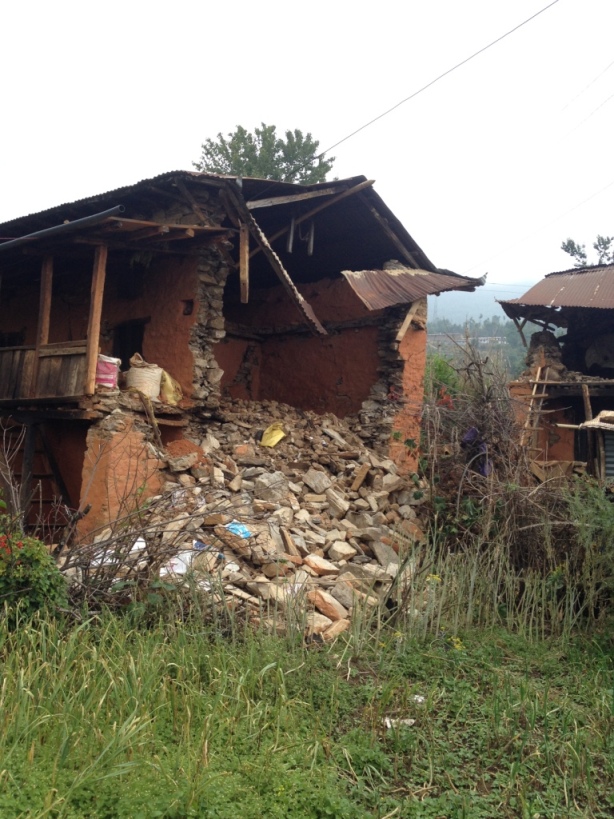 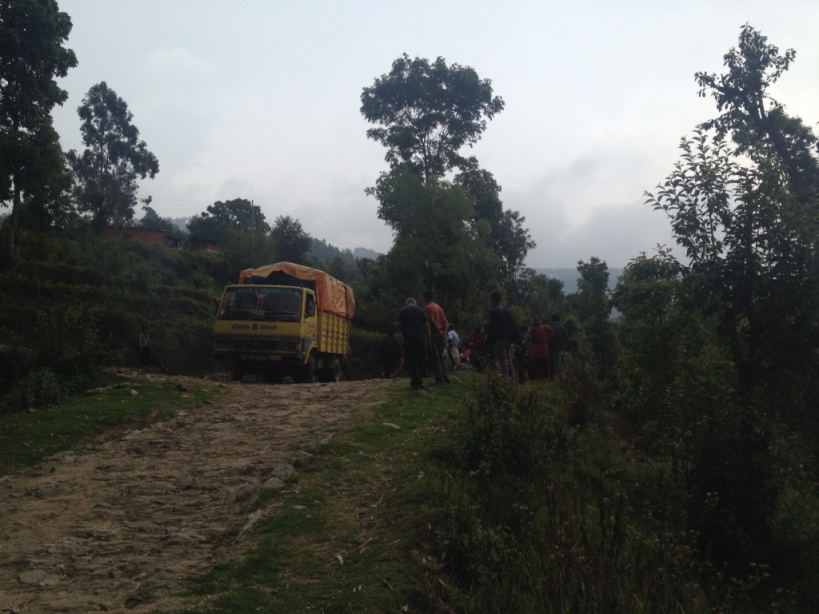 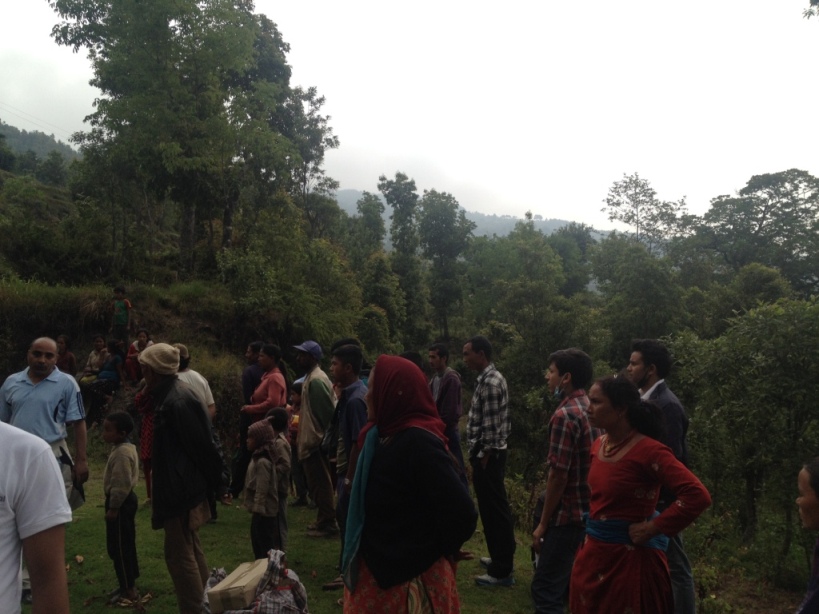 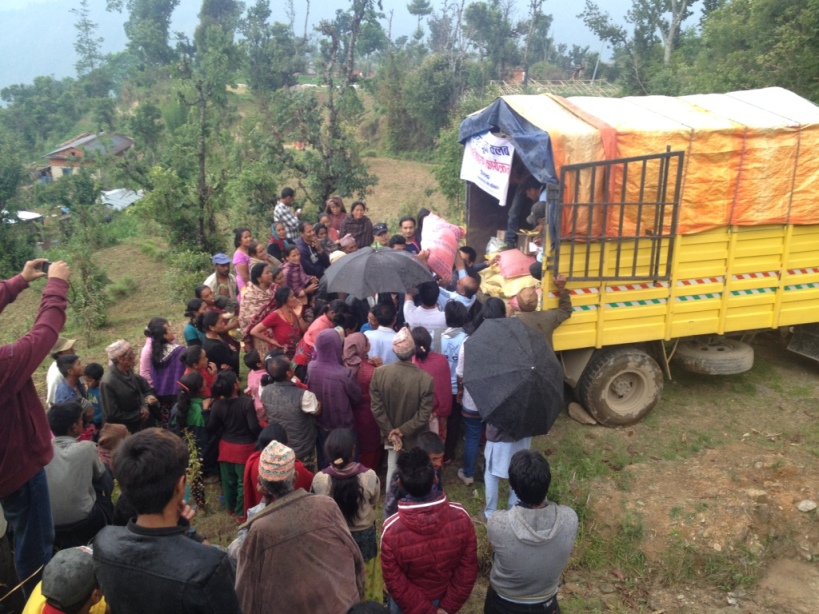 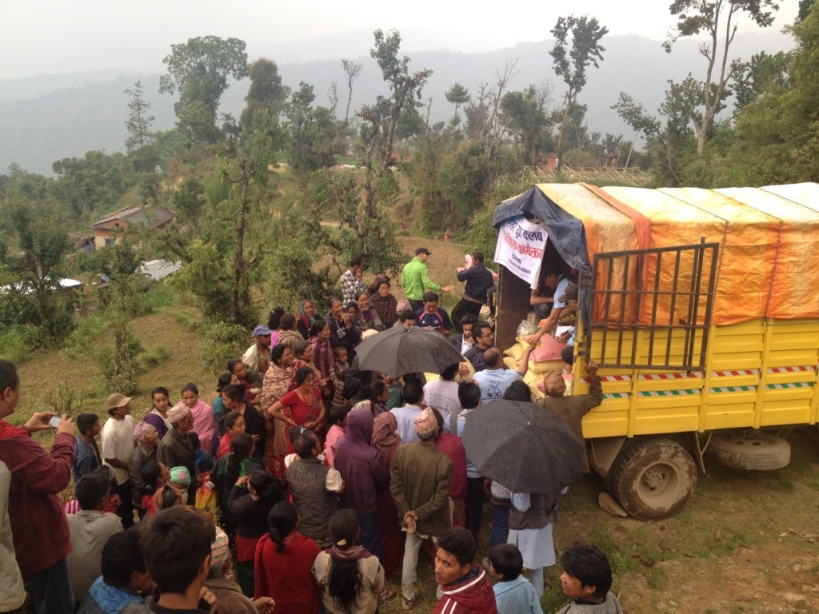 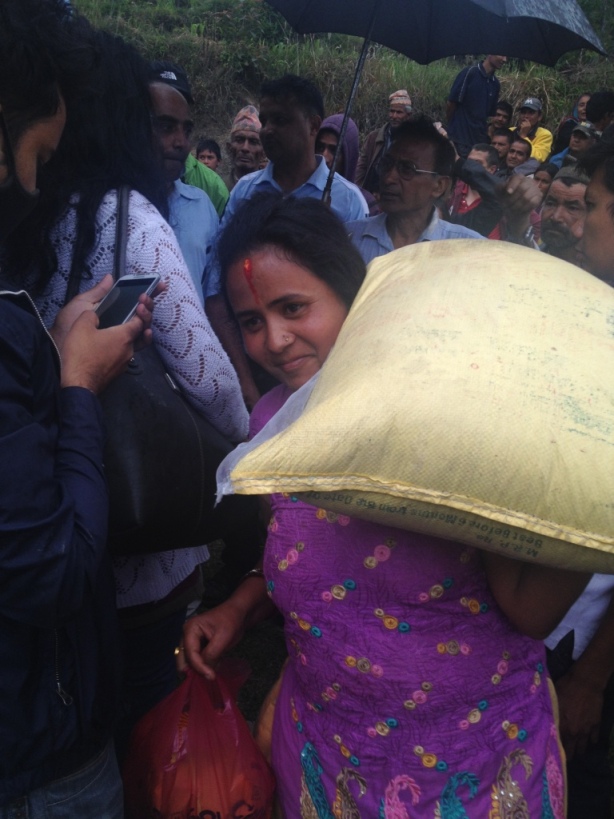 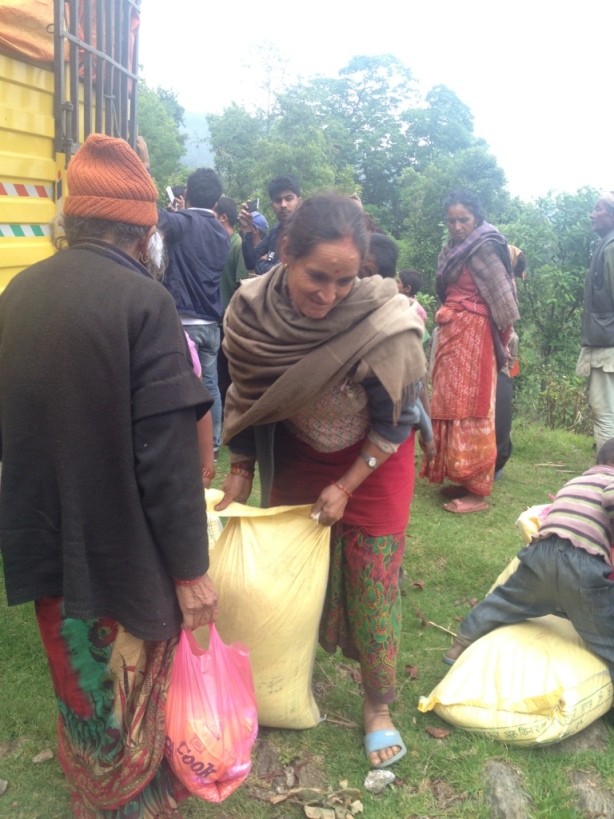 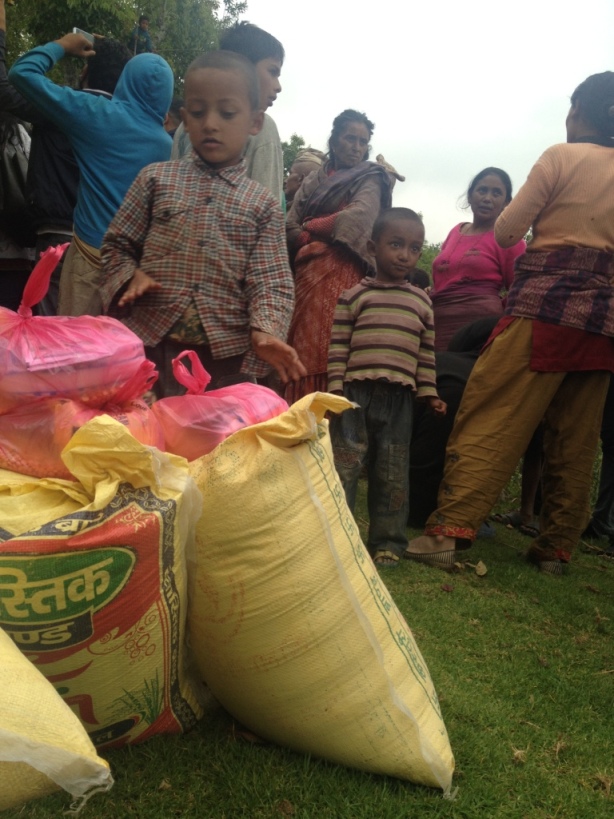 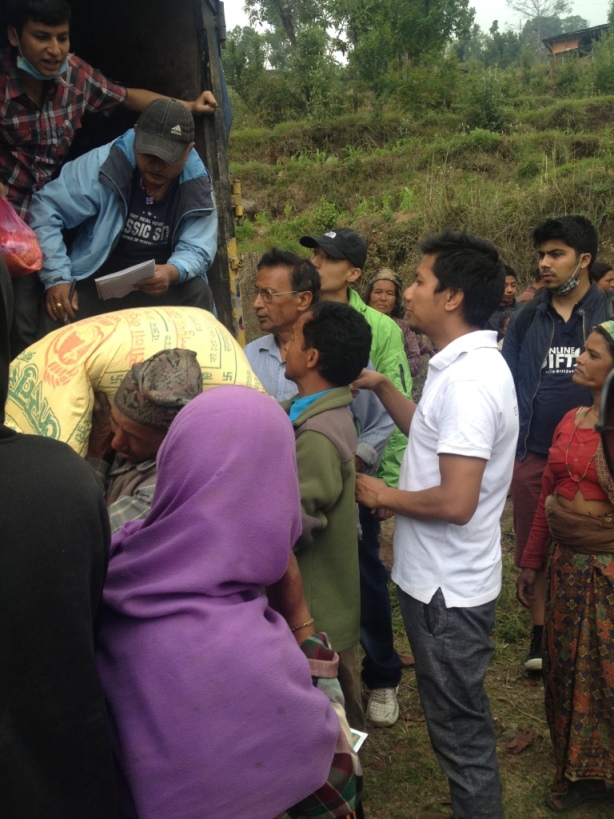 Some time with the Children of Dhading

The earthquake had a very adverse effect on people‘s mental health. The continuing powerful aftershocks made the situation even worse, people were shocked and in total fear of what to be done and what not.  The children were also have a very harsh time and were in a complete trauma. Some of our friends went to Dhading from Kathmandu couple of times to meet some wonderful children, to play, to dance, and to share some wonderful moment with them and at the same time talking to them trying to convince and ease them during the time of tremor. 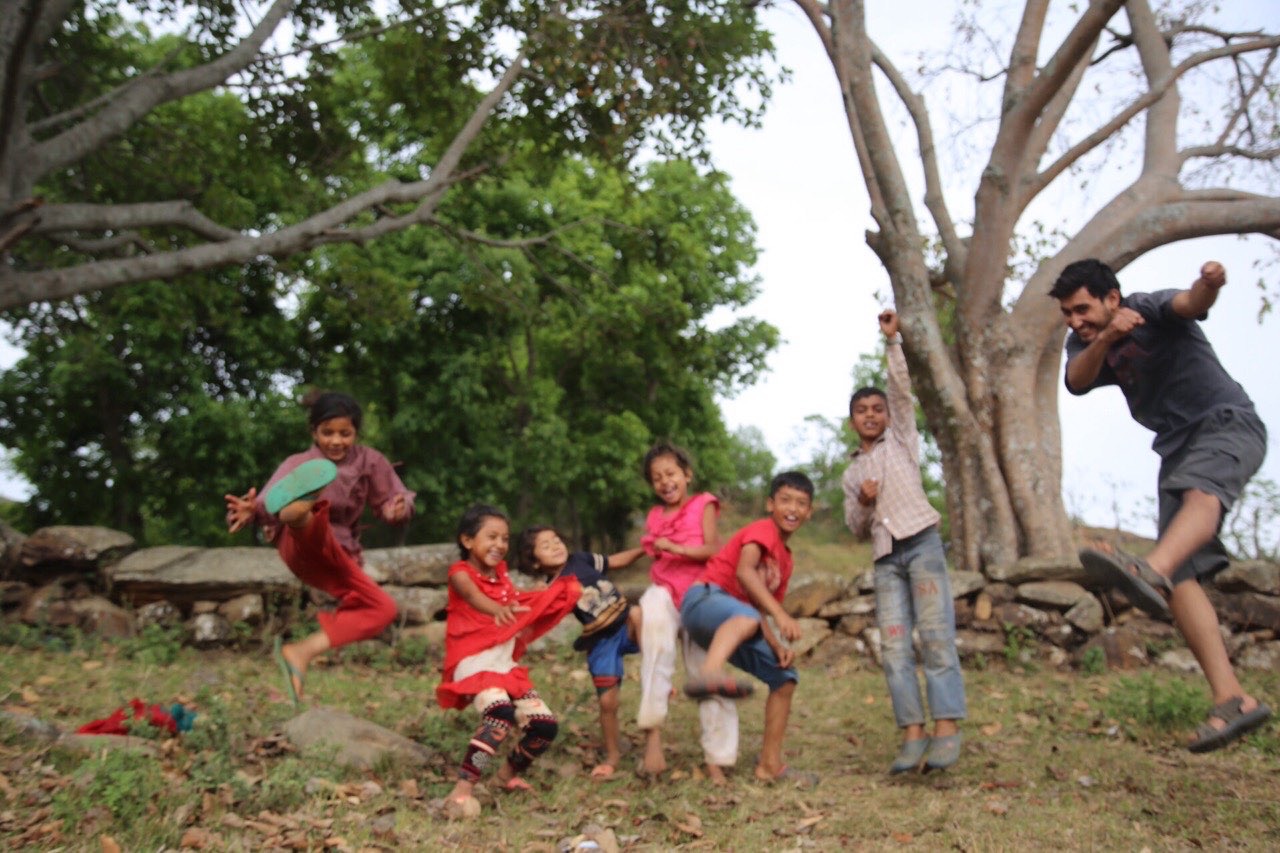 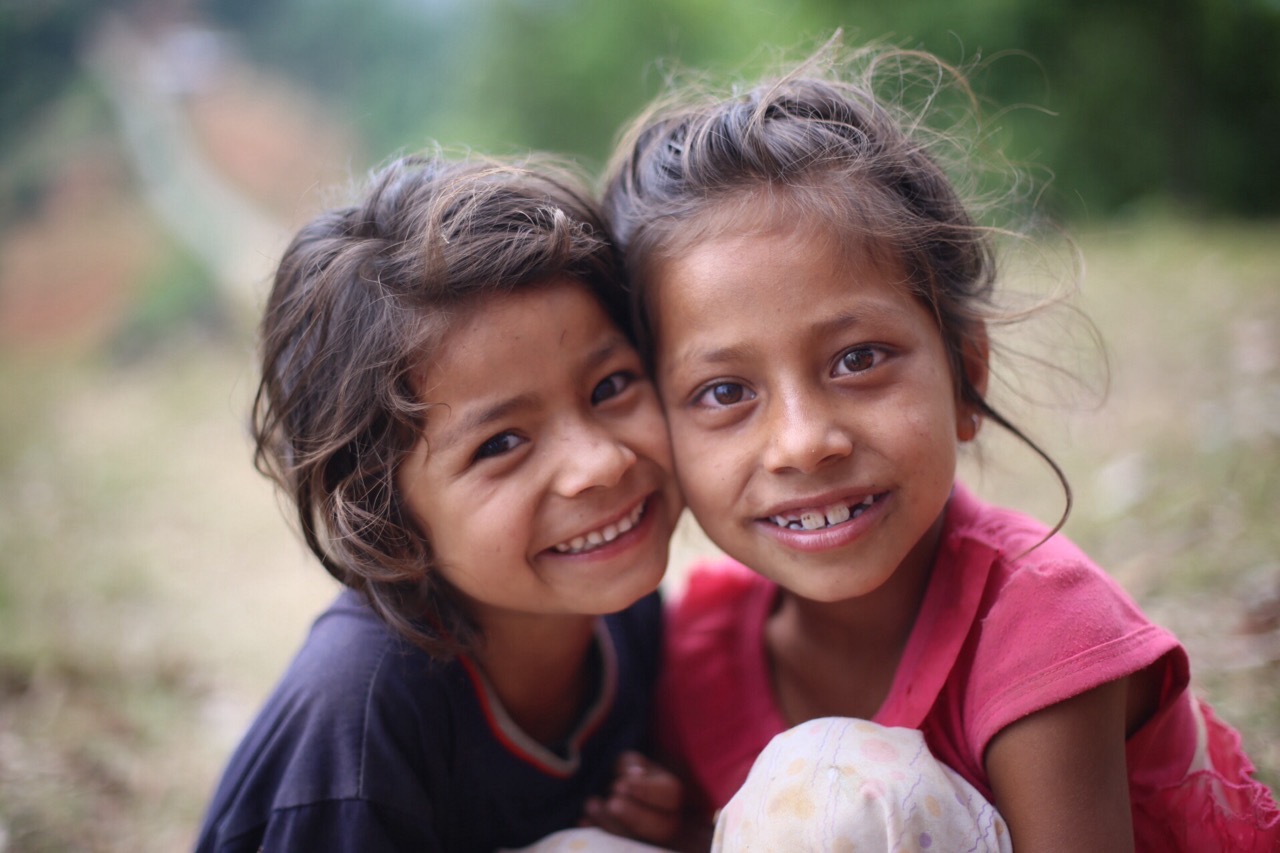 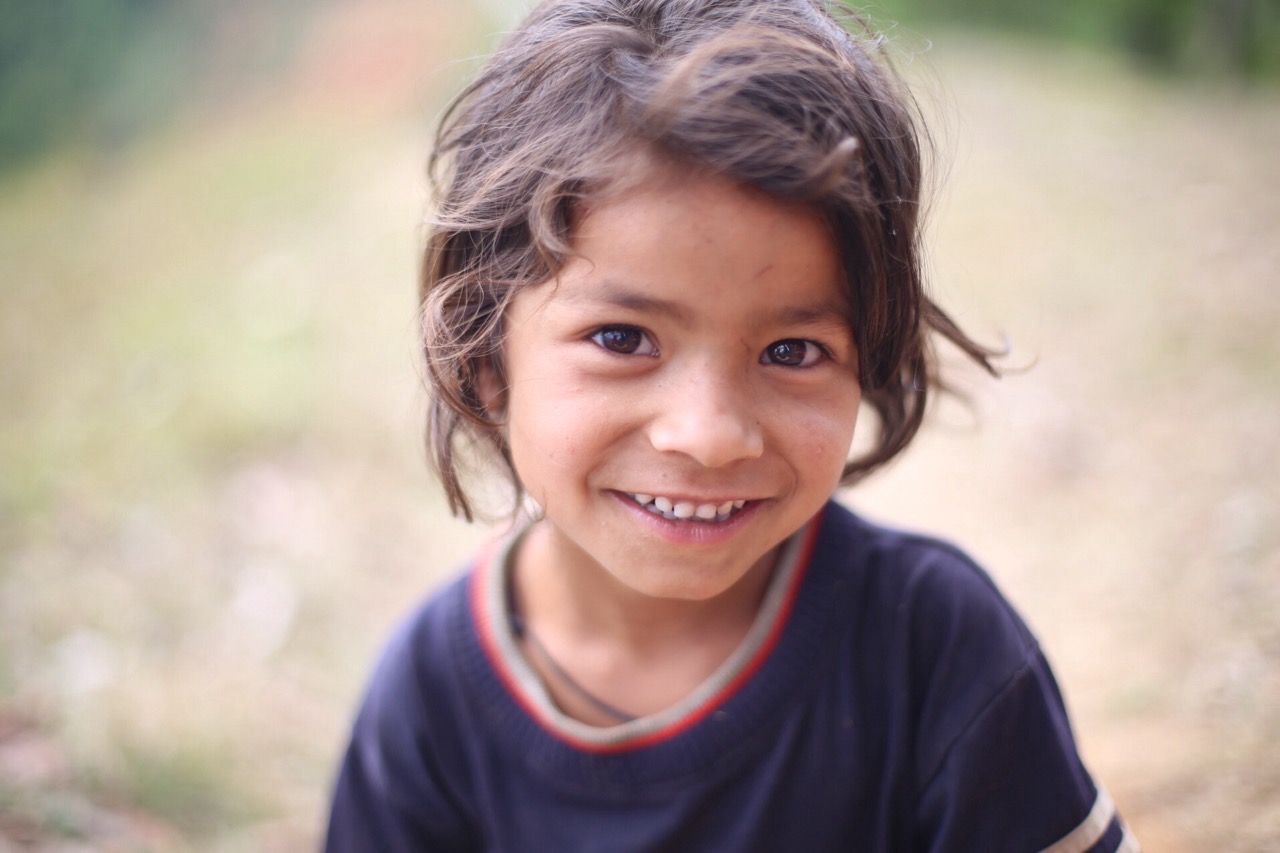